"It is in the Public Interest to Appoint a Special Counsel" 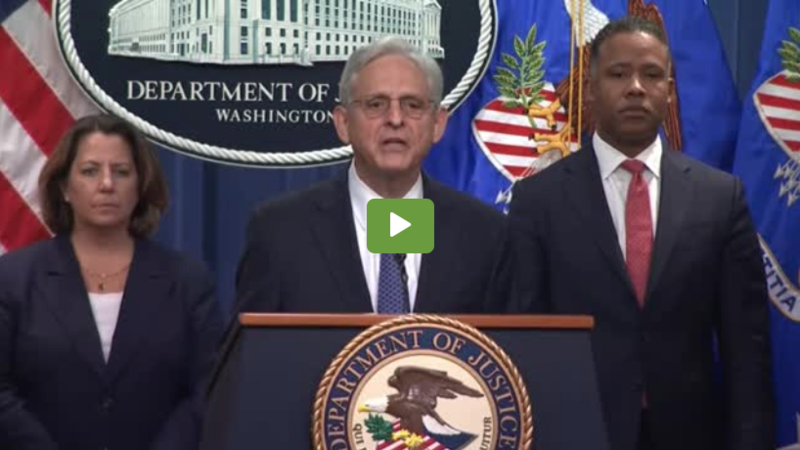 On Friday, United States Attorney General Merrick Garland announced that Jack Smith, a "veteran career prosecutor" would serve as a special counsel to lead the ongoing investigations into Donald Trump being conducted by Biden's Department of Justice.

During a press briefing Garland said, "I signed an order appointing Jack Smith to serve as Special Counsel. The order authorizes him to continue the ongoing investigation into both of the matters that I've just described, and to prosecute any federal crimes that may arise from those investigations. Mr. Smith is a veteran career prosecutor."

Merrick Garland on Trump investigation: by N/A is licensed under Rumble Screenshot Rumble